San Diego, CA – Jack W. Reich, Ph.D., CEO and Co-Founder of San Diego-based gene therapy company Renova™ Therapeutics, was named Entrepreneur of the Year by Washington & Jefferson College in Washington, PA. Dr. Reich receives this award from his alma mater for his role in developing and advancing the US biotechnology industry. 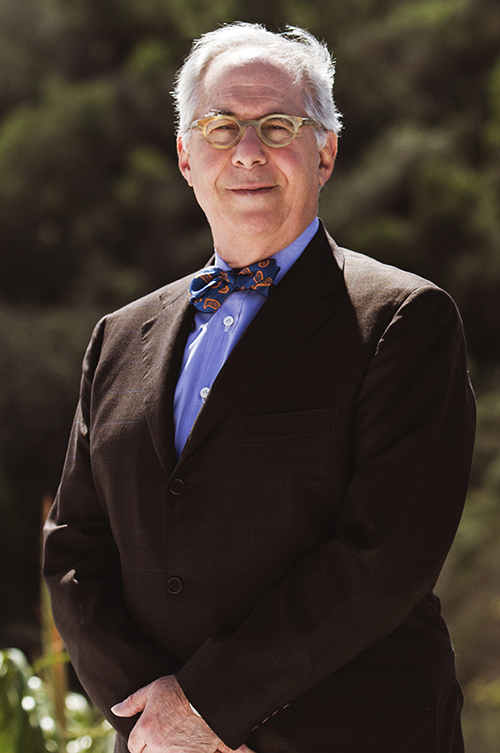 Dr. Reich named Entrepreneur of the Year by W&J College

“As a pioneer in the field of gene therapy, Dr. Reich has played an essential role not only in founding his own companies but in shaping the biotech industry,” says Dr. Tori Haring-Smith, President, Washington & Jefferson College. “His outstanding and complementary skills in business and science represent the best outcome of a liberal arts education, and we’re proud to name him among the alumni of the college.”

“I’m truly honored to be recognized with this award from Washington & Jefferson,” says Dr. Reich. “As the years have gone on I’ve grown to appreciate the excellent liberal arts education I received there. I realize now that my experience at W&J helped to shape the direction of my career and my life, and I’m very grateful.”

Throughout his career, Dr. Reich has had significant interactions with regulatory bodies and has been responsible for regulatory approval and successful introduction of a broad range of new drugs. He began his career in New York, working for Bristol-Myers International. While working at Bristol-Myers, Dr. Reich pursued his Ph.D. His dissertation was the first in the area of international drug development and registration. Dr. Reich conceived of a system of harmonization of testing and regulatory requirements for new drugs to replace the then-current system of repetitive testing in each country to satisfy local registration requirements. This new approach became the roadmap for what is now the standard approach to testing and registering new medicines.

Since 1987, Dr. Reich has been involved in more than 30 medical and biotech companies. He was a founding officer of Gensia and co-founded the first gene therapy company, Viagene, as a drop-down spinout. Both companies went public. Gensia soon became the second-largest market cap biotech on NASDAQ, and Viagene was acquired by Chiron. He also co-founded the first cardiovascular gene therapy company, Collateral Therapeutics, which he took public on NASDAQ while Chairman and CEO. Subsequently, Collateral was sold to Schering AG in 2002 in a stock-for-stock transaction at a substantial premium to market.

In 2009, Dr. Reich co-founded Renova Therapeutics, where he serves as CEO. Renova Therapeutics is developing a single-dose gene therapy for congestive heart failure. This investigational product has just completed its first clinical trial in patients in the United States under a public-private partnership with the National Institutes of Health. The company’s product pipeline also includes a second-generation therapy for CHF patients and a groundbreaking therapy in preclinical stage for sufferers of type 2 diabetes.

Renova™ Therapeutics is developing definitive, one-time gene therapy treatments to restore the health of people suffering from chronic diseases. The first two indications the company is pursuing are therapies for congestive heart failure (CHF) and type 2 diabetes, two of the most common and devastating chronic diseases in the world. The company’s lead investigational product, RT-100, is a new type of treatment that delivers a therapeutic gene directly to damaged heart tissue during a routine outpatient procedure and has the potential to renew heart function in millions of patients with CHF. The company’s product pipeline also includes a second-generation therapy for CHF patients and a groundbreaking therapy in preclinical stage for sufferers of type 2 diabetes. Renova Therapeutics was founded in 2009 and is led by an experienced management team in biopharmaceuticals and gene therapy. For additional information about the company, please visit www.renovatherapeutics.com.

Washington & Jefferson College, located in Washington, Pa., is a selective liberal arts college founded in 1781. Committed to providing each of its students with the highest-quality undergraduate education available, W&J offers a traditional arts and sciences curriculum emphasizing interdisciplinary study and independent study work. For more information about W&J, visit www.washjeff.edu, or call 888-W-AND-JAY.