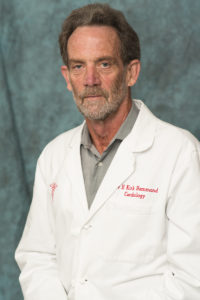 The Middleton Award is given annually to recognize outstanding achievements in biomedical research. Dr. Hammond, a Professor of Medicine at UC San Diego and a cardiologist with the VA San Diego Healthcare System, received the award for his contributions to the understanding of mechanisms of cardiovascular disease and novel gene transfer treatments for angina and heart failure. Dr. Hammond is also investigating gene transfer for type 2 diabetes.

Dr. Hammond has authored more than 100 peer-reviewed publications related to cardiovascular disease and is an inventor on nine patents. He devised and led the Phase 2 clinical trial of AC6 gene transfer for the treatment of patients with heart failure and reduced ejection fraction. Results of the trial indicated that, through a one-time administration, AC6 gene transfer safely increased heart function beyond optimal heart failure therapy (JAMA Cardiology). This study was funded by the National Institutes of Health (NIH), the Gene Therapy Resource Program and Renova Therapeutics, via an NIH public-private partnership.

“If successful, these trials could lead to the first registration of a gene therapy product for treating heart disease,” said Dr. Rachel Ramoni, VA’s Chief Research and Development Officer. “Dr. Hammond is clearly a pioneer of intracoronary gene therapy and novel patient delivery mechanisms that will have a broad impact on the health care of veterans.”

AC6 gene transfer is being developed by Renova Therapeutics as RT-100, its lead gene therapy candidate advancing to a Phase 3 clinical trial known as FLOURISH.

About heart failure
Heart failure is a chronic disease characterized by the inability of the heart to pump sufficient blood to meet the body’s demands. It is a progressive and fatal chronic condition, and symptoms worsen over time. Heart failure afflicts more than 28 million people globally and is the only cardiovascular disease that is increasing in prevalence. In the United States, it is the most common cause for emergency hospital admissions in patients 65 and older.