San Diego, CA – Renova™ Therapeutics, a biotechnology company developing gene and peptide-based treatments for cardiovascular and metabolic diseases, announced today that the company’s CEO and Co-founder, Jack W. Reich, Ph.D., will moderate a gene therapy panel at Genetic Rx, a networking conference of the Boston Biotech Conferences series. The conference will be held at Harvard Medical School on December 7. 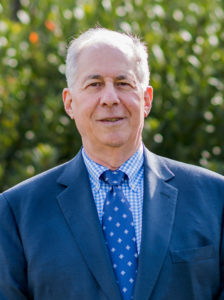 Genetic Rx is focused on the emergence of new genetic medicines and therapies, as well as the treatment of patients with rare and ultra-rare genetic diseases. Dr. Reich will moderate a panel entitled “Regulatory Strategies for Gene Therapy Products” to elucidate the regulations surrounding development and approval of this type of medicine.

“I look forward to leading the discussion on the regulatory approach for gene therapies,” says Dr. Reich. “There are many advantages to gene therapies over small-molecule drugs – and the specific regulatory process that accompanies the development of a gene therapy product.”

A pioneer in the field, Dr. Reich is well-versed in the regulatory aspects of developing gene therapies. Throughout his career, Dr. Reich has had significant interactions with regulatory bodies and has been responsible for regulatory approval and successful introduction of a broad range of new drugs.

Dr. Reich’s expertise in the regulatory field began early in his career. His Ph.D. dissertation was the first in the area of international drug development and registration. Dr. Reich conceived of a system of harmonization of testing and regulatory requirements for new drugs to replace the then-current system of repetitive testing in each country to satisfy local registration requirements. This new approach became a roadmap for what is now the standard approach to testing and registering new medicines. Subsequently, his experience leading clinical-stage gene therapy companies led to an in-depth understanding of the accompanying regulatory process.